From Percussion to Pipe Band Drumming
by Mike Garcia 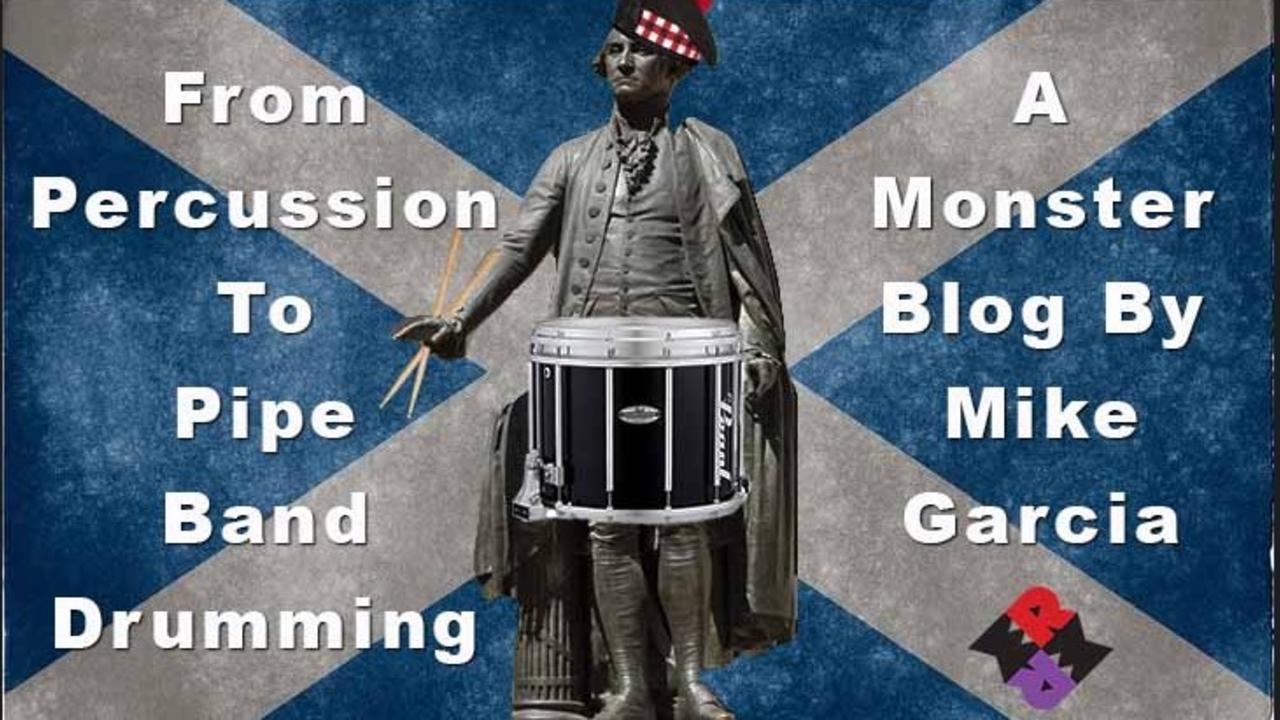 From Percussion to Pipe Band Drumming

A Blog By Mike Garcia

The world of music is a beautiful thing. So many different styles and approaches within so many different cultures all over the world. Pick a genre, go down the rabbit hole, and you will discover invaluable experiences of how impactful a single or combination of sounds can truly be and how they bring people together.

Pick a world, let’s say: percussion, and for you Pipe Band people, drum corps - and there are various journeys you can embark on to explore the many wonders of the style.  Personally, I have experience in American rudimental drumming (i.e. Drum Corps International, aka “DCI” experience) and classical percussion (either a “percussion ensemble” or concert band/orchestral percussion). I am fortunate to say I have had the opportunity to experience performing in these groups at some of the highest levels possible! However, I have always been a lifelong learner and have always strived to push myself to new levels.

Being recently directed to explore the world of Scottish Pipe Band Drumming has enlightened me.  Seeing how large groups of Snare and Tenor drummers come together from all over the world to perform these ridiculously intricate pieces in unison is incredible to watch.  In America, it’s more common for the players to spend several days, weeks, and months at a time together in order to perfect their music as one unit. In Scottish Pipe Band Drumming, the drummers just...drum!  The focus on community and the idea of expanding the interpretation to fit any particular environment is so interesting to me.

*Runs to grab sticks and pad*

Alright.  Let’s see what this is all about!  I decided to check out the Scottish Pipe Band Snare Drum Tutor Volume 4: Level 2 Scottish Rudiments (The title was long enough I figured it must contain lots of good stuff and I felt like I could skip ahead - boy, was I mistaken).

Be sure to check out all our Beastly Subscription options HERE to see Snare Tutor Volume 4 and all our other Monster Drumming Videos!

Some things I noticed right out of the gate:

Literally reacted the same way is Michael did in the video “Wait. What?”

The more I listened to the explanation of this and comparison between some existing rudiments, and how they differ from the Percussive Arts Society (PAS) rudiments that are taught in America (learn more), I realized that there isn’t a standardized list for hybrid rudiments either.  Hybrid rudiments are invented constantly and if you just Google “hybrid rudiments” you can find several resources that have catalogued them.

Seriously, rudiments like “Blue Cheese”, “Choo-choo”, and “Deviled Egg” are some crazy ones that are out there.  Don’t believe me? Google it!

Anyway, I was ready to learn some new concepts to add to my rudimental arsenal.

Playing along to these videos is so much fun!

Not only do you receive mind-blowing tips to remember when you play, but you have an opportunity to perfect the rudiments during the “open-closed-open” segments (both in 30 second and 60 second intervals).  Michael talked a lot about the importance of focusing on the mechanics (i.e. technique and fluidity) during these segments before applying them to a musical context. Not only could I play-along, but I could see how his technique was working to produce a smooth sense of fluidity! 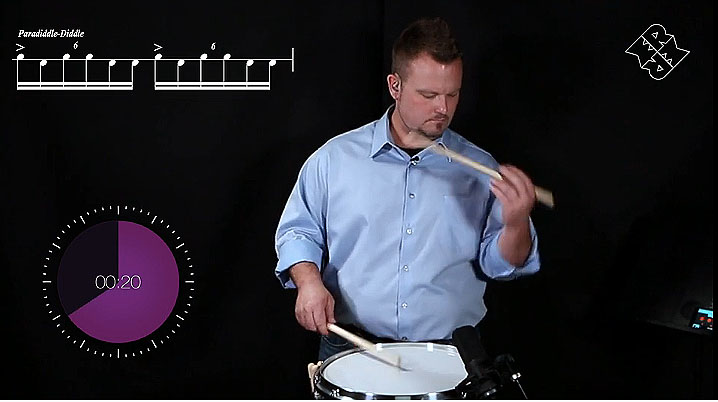 Trying to emulate that and someone else’s interpretation is one of the most critical things you can do as a musician!  Not only is it important in the Scottish Pipe Band Drumming world or in the American rudimental world, but in the world of music as a whole!  There are so many nuances and “dialects” with musical dialogue...that’s what makes music so freaking awesome!

Once I downloaded the Rhythm Monster Rudiment sheets (with included groove studies), I was able to clearly see how each rudiment was notated and how I could further perfect each one in an extended musical context.  Yes!

The sweet click tracks with the groove studies are killer!  Of course you have your standard metronome click in the background, but there is always a sweet drumset groove playing in the pocket for you to jam!  This is especially helpful in some of the groove studies that increase in rhythmic density as you progress through the exercise. The drumset groove will play small fills during those rests to help you subdivide the rhythm that’s coming up next!

I am so excited to learn more!  No matter what your experience level, you WILL be able to become a better musician by grabbing your sticks and pad and investing in drumming in a whole new different way!

Hey, you made it to the end! Isn't it fun to learn stuff? Since you're clearly into learning stuff, below is a super secret link for a 7-Day Free Trial to Rhythm Monster! That's right, friend, 7 days of blissful online drumming education accessible from any device, worldwide. Way to be awesome! 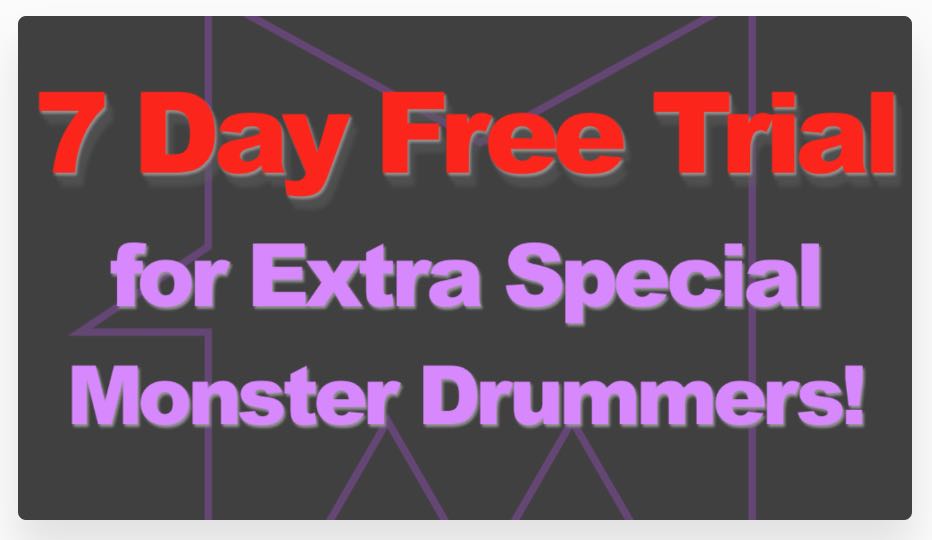 You Can Be a Monster Too! Click below for some FREE classes in this awesome style of Drumming. You got this. 💪🥁💪 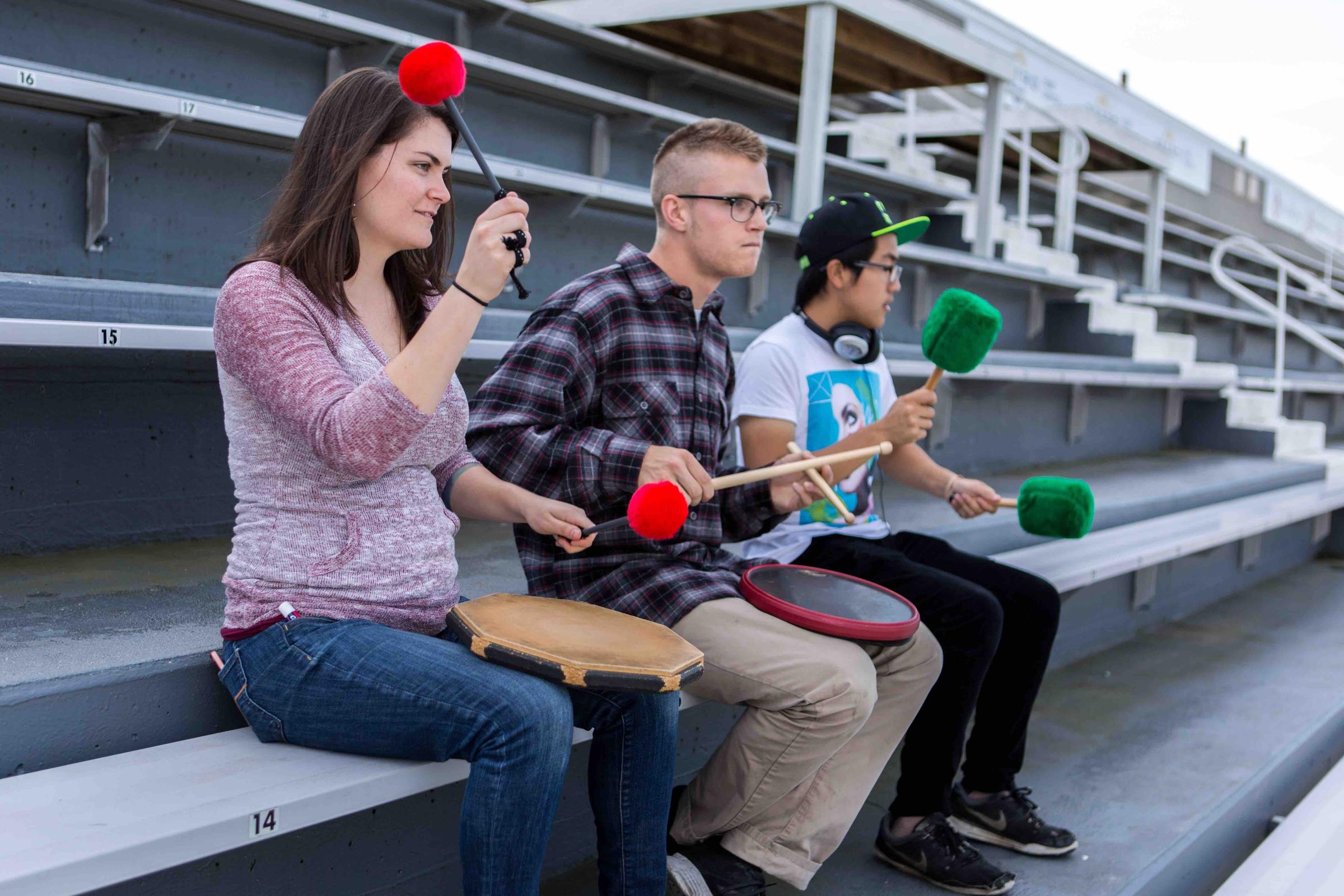