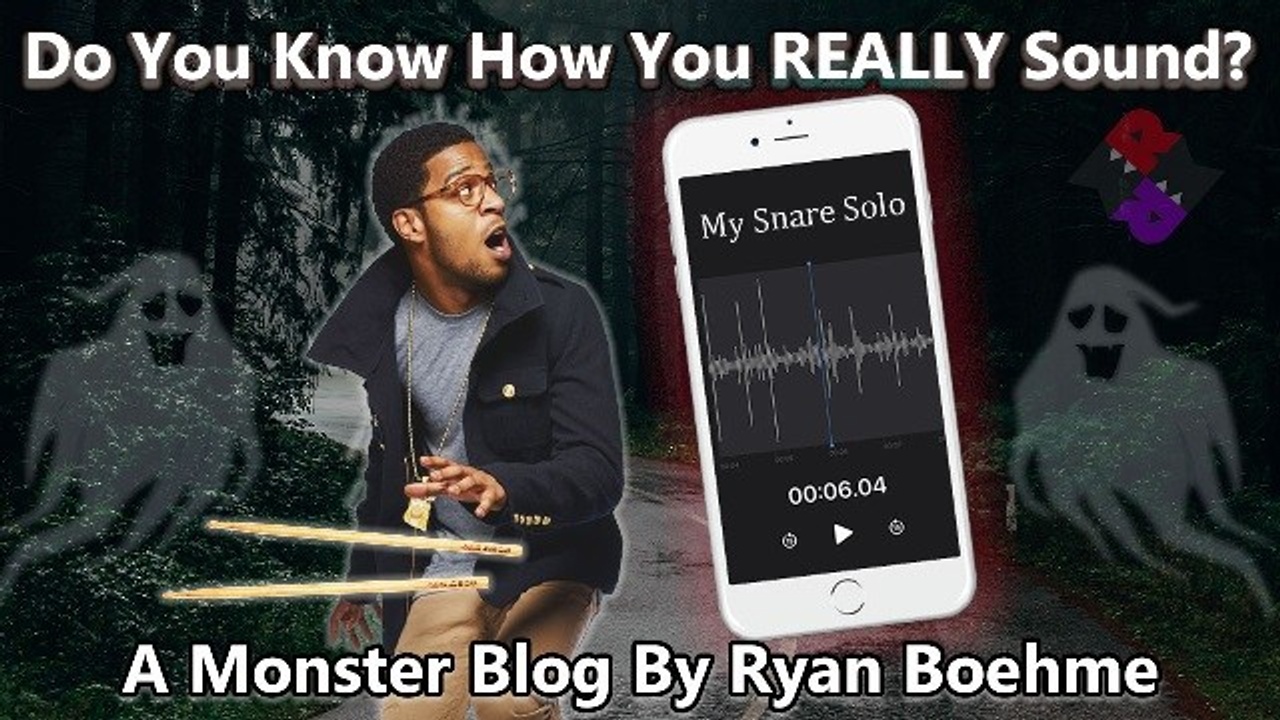 Do You Know How You REALLY Sound?

Ask yourself this question -- Out of all the groups you’ve ever performed with, which was your favorite? Personally, I have to go with the University of South Alabama Jazz Ensemble. I performed with the group for eight semesters during my undergraduate music studies. Since drumset is my favorite instrument, any chance to sit behind the kit was free therapy compared to the hours spent practicing orchestral excerpts, marimba solos, and everything else for weekly lessons.

At the University of South Alabama, every on-campus concert was recorded, and the directors in charge of each ensemble received the recordings on a CD, which they could save for their own archives or distribute among the ensemble members. I performed in A LOT concerts with A LOT of ensembles, as most undergraduate music majors do… but the concert CDs I cared about most were the Jazz Ensemble CDs. After my first performance with the group, I got my hands on the CD as soon as I could. I felt like my playing was pretty spot-on that night, and I was thrilled to listen back and relive the experience. So I popped in the CD and…..

“Wait a second… That groove I’m playing sounds REALLY choppy. My tempo is all over the place.”

“That trumpet player was right… I’m playing way too loud in this section.”

Every musician has come across realizations like these at some point. You think your performance sounds like an ABSOLUTE WORK OF ART in the moment... but after listening to your recording, you wouldn’t even hang it on your fridge. It’s a tough pill to swallow, and it can keep some musicians from ever wanting to listen to themselves. It’s like the first time you listen to your voice in a recording and think, “Ew, is THAT what I sound like?” 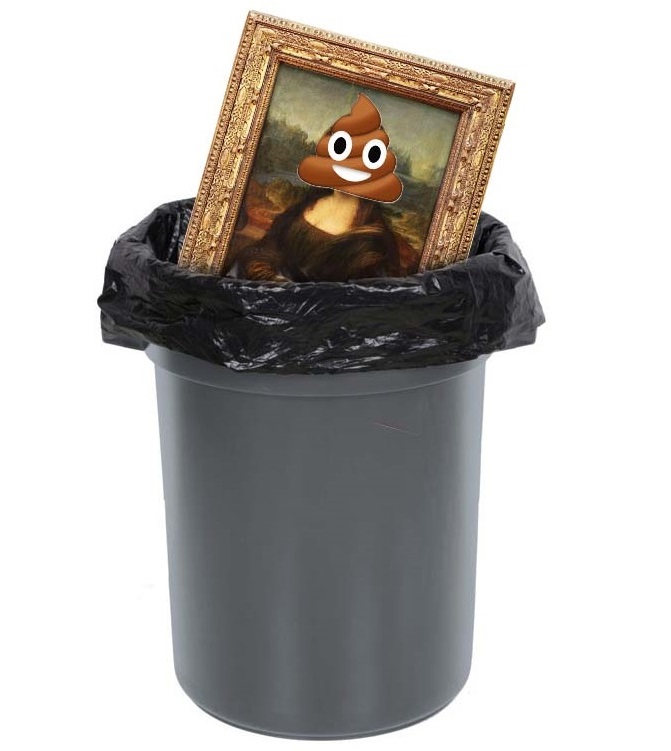 I pushed through the Jazz Ensemble CD that day, and again the next day, and several more times before our next concert, taking note of everything that worked and everything that flopped. Fast-forward to the following concert, and I’m running down my mental checklist during every tune. “Balance your hand volume with your feet volume.” “This groove is technical -- but the tempo CAN’T slow down.” I was a bit reluctant when I picked up this CD -- I thought my playing was pretty strong, but what did the audience hear? Time to find out...

“The tempo feels super consistent during the solo section!”

“My groove isn’t overpowering the saxophones this time!”

I made an important discovery that day. All those times my professors told me to record myself… THIS is what they were talking about. You lay down your best performance, listen back, note what could be better, and focus on those things next time. The result is instant improvement. It sounds SO simple, right? But there’s a problem... I’ve known too many musicians (myself included, at times...) who refuse to press the record button, failing to realize the impact of this simple habit for serious musicians. Today’s blog is for those musicians.

Recording yourself doesn’t require a lot of money or fancy equipment. 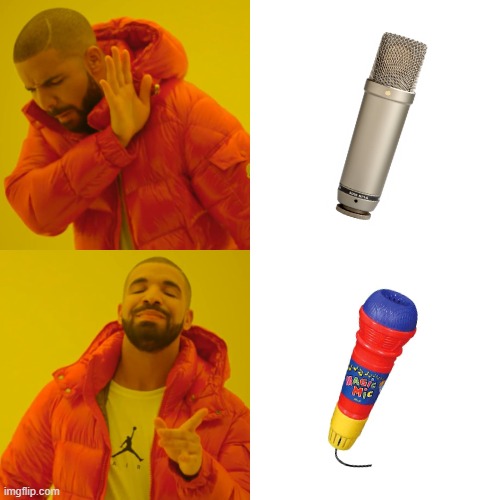 In case you didn’t already know, serious musicians are perfectionists. Shocking, right? This isn’t a horrible trait when it comes to solidifying our repertoire, but it’s something that prevents some musicians from wanting to put effort into recording themselves unless they’re renting cameras, lights, microphones, etc. But let me be clear here -- the self-recording I’m referring to here doesn’t have to lead to a YouTube video, Instagram post, or anything of the sort. I’m talking about quick, raw recordings of an exercise, a run-through of a piece, or maybe even a few measures you’ve been woodshedding. You can share these recordings with your grandparents if you really want, but I think it’s important to record for your own ears. 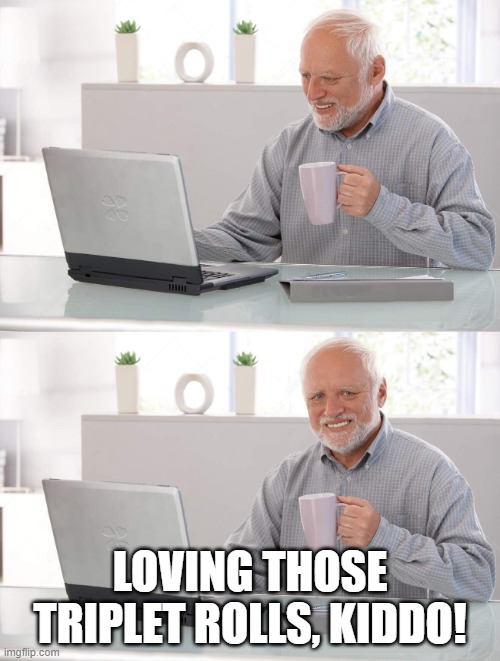 Most smartphones these days give you the ability to record audio via a voice recording app & videos via the camera app. Some of these apps, built-in or otherwise, can produce some really high-quality content. But even if your snare solo sounds like it was recorded by a potato, it’s all good for the sake of these recordings. Even the most basic apps will record decently enough for you to pick out wrong notes, wrong rhythms, inconsistent tempo, and so on. And once you hear these mistakes, you won’t be able to unhear them, and you’ll be well on your way to fixing them!

If you want to make really high-quality recordings, then sure -- invest in nice microphones, audio interfaces, software, cameras, and all that good stuff. But don’t let that fancy recording session be the first time you’ve ever pressed the record button. As we’ll continue to discuss, it’s absolutely invaluable to practice recording yourself BEFORE you’re all dolled up under the lights.

Recording yourself in a practice session adds extra pressure to your “performance.”

So let’s say you decide to try this out. You get warmed up, you open your recording app of choice, you press record, and you get ready to play. But what was initially a calm practice session has suddenly escalated! You might feel nerves, shakes, awkwardness, sweat, loss of breath, dry mouth… And it’s all because of that little device sitting in front of you. These feelings are all totally natural, especially if you’re just starting this habit. Take note of what you’re feeling -- you might even consider saying it out loud while you’re recording, just so you don’t have to worry about forgetting any of those feelings after you stop the recording.

Now we’re getting somewhere! If you didn’t feel that added pressure of the recording device before you started playing, maybe you felt it once you started playing, or right after you made your first mistake. Maybe you feel the same way when you play something in front of an audience or in front of your teacher. If that’s the case, making a habit of recording yourself is going to be a MONSTER benefit for you. The more you practice with the added pressure, the added nerves, the added sweat... the better you’ll get at performing alongside it.

With that in mind, let’s take it to the next level. After pressing record, mentally put yourself in the environment of your upcoming lesson or performance, recreating the whole experience as much as possible. Will you be required to announce your piece before you play? Will you be entering from stage right or stage left? How/where will you bow before and after you play? Practice ALL of this along with whatever you're playing, THEN stop the recording. Watch the recording and see if you’re speaking too fast or too slow, if you look awkward when you bow, if your posture is slacking. It might sound excessive, but having as much control over every action you’ll be responsible for, playing or otherwise, is going to take your performances to the next level.

But don’t stop there! Record the same exact thing tomorrow, or maybe a few days from now. Compare it to your first recording. Did you fix your mistakes? Did you introduce any new mistakes? Did you like your musical decisions more or less in your new recording? As you do this more and more, you’ll start to notice all the tiny tendencies in your playing, good and bad -- and you’ll get closer and closer to knowing how you actually sound behind your instrument. 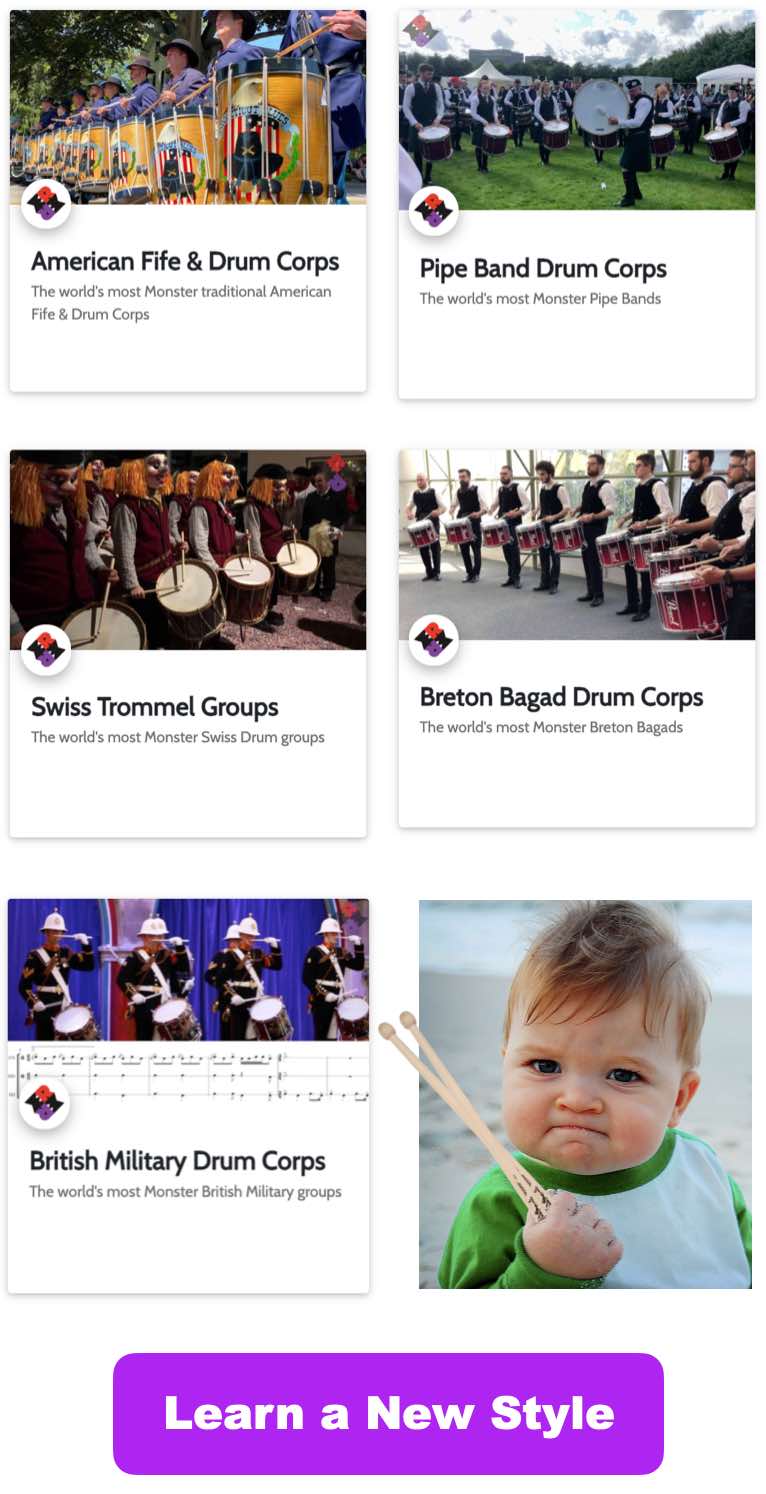 Recording yourself regularly allows you to keep track of your short-term and long-term progress.

Let’s get a bit introspective here. Ask yourself this -- Why do I practice my craft? Everyone has their own reasons, but at least one of those reasons is probably “to get better at my craft.” Seems like a simple enough answer. If that was one of your reasons, ask yourself this next question -- How much have I improved since I started seriously practicing? 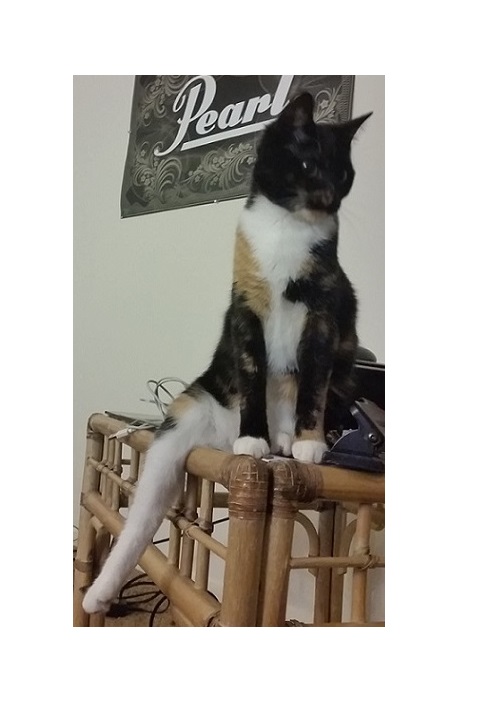 Curry, my 7-year-old calico cat, is an absolute angel. I adopted her when she was half a year old, so we’ve been tackling life together for many years. Some of my friends who knew her when she was much younger see her now and say, “Wow, she’s grown so much!” But honestly, every time I look at her, I still see the tiny kitten I adopted. That’s because I see her pretty much every single day, whereas my friends only see her every so often. I’m only reminded of the reality of Curry’s growth since I’ve taken hundreds of pictures of her since we met. 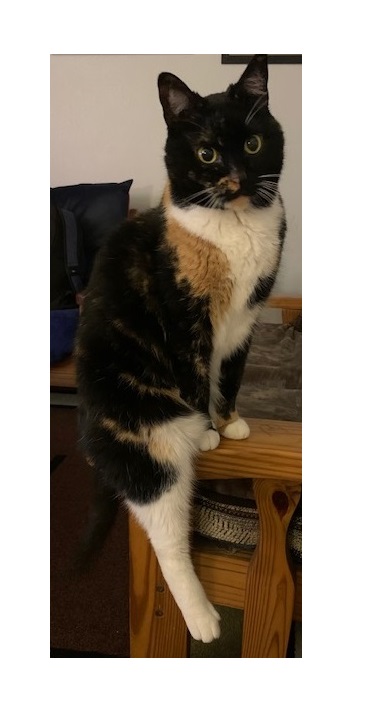 Why do I bring up Curry? Because she’s the best, AND because I believe this same sentiment relates to musicians and their craft. We live with our craft every single day, and it’s easy for us to lose sight of our progress -- we continuously view it as the “kitten” we once knew. Meanwhile, peers come up after our performances and say, “Man, you’ve really improved this year!” And many musicians ask themselves, “Is that true?” We get SO caught up in our tendencies and mistakes, and those stay on our radar constantly. But what about the good parts of our playing, the parts that we’ve worked on for years but haven’t acknowledged in a while?

This is where recording yourself comes into play. These recordings can serve as your “pictures,” an aural snapshot of your musical abilities on that day. If you listen back right after recording yourself, you’ll probably think, “Okay, here’s what I need to work on for next time.” But when you listen to that same recording a month or two later, you’ll think, “Ha, I forgot I used to make that mistake so often. I don’t even worry about that section anymore.”

Since I made a habit of recording myself, I’ve experienced this feeling time and time again. Listening back to old recordings reminds me just how far I’ve come in a month, a year, a decade. It really gives purpose to each practice session, because I know that the small inconsistencies I’m ironing out today are eventually going to be things I don’t even have to think about while I’m playing. And anytime I’m having an off day in the practice room, I’ll pull up an old recording and think, “Maybe I suck today… But at least I don’t suck as much as I used to.”

If you want to become a MONSTER musician, the time to start recording yourself is NOW. Here's a list of easy steps to help you get started:

Creating this habit is absolutely a process. If your first recording comes out awful, don't sweat it -- learn from it. Think about how you felt as you were recording yourself -- added physical tension, faster heart rate, less confidence, you name it. Don't shut these feelings down! Acknowledge them and continue to work WITH the feelings. The more you do this, the better you'll get at doing it, and the more confidence you'll have performing under pressure.

We believe more people would have music and Drumming in their lives if only it were easier to find solid instruction and have time to practice.

Rhythm Monster has solved these issues by providing access to the world's best players and teachers via flawless streaming of thousands of video classes, original digital learning tools and a worldwide community of those who identify as Drummer.

You can be a Monster too, and we can show you how at no cost. Click below to Monster-up with a Free Membership, and you'll instantly have tons of awesome Monster Drumming classes, totally on us. Enjoy!